Safe in Heaven Dead – A Novel 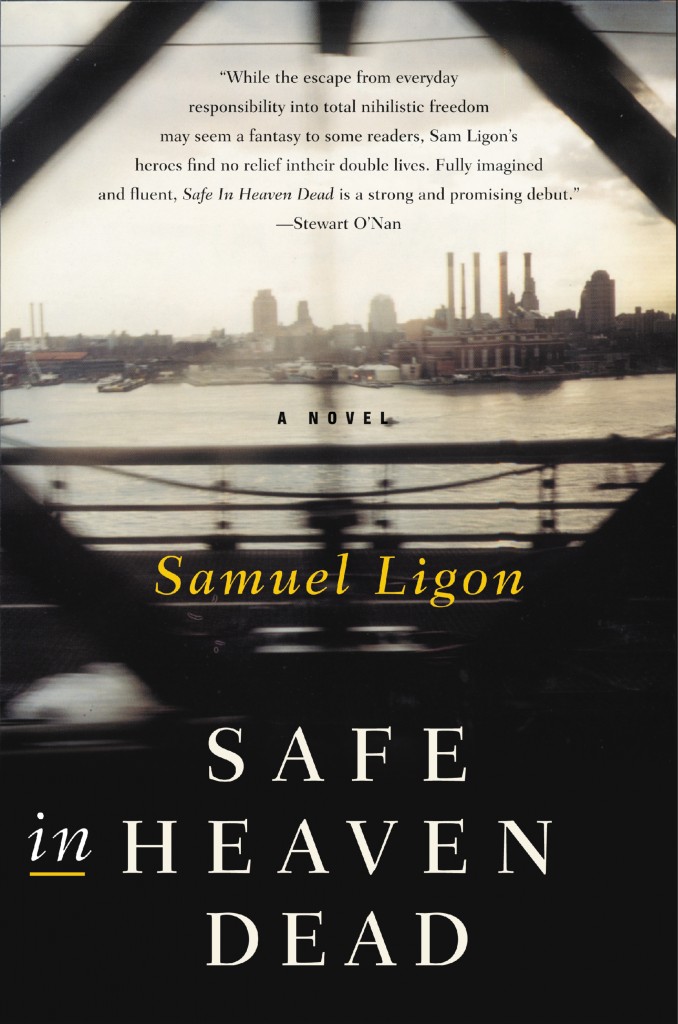 Everything was rolling along smoothly for Robert Elgin. He and his wife, Laura, had a loving marriage, and had taken enough “me” time before having kids; one girl, one boy. After doing the hippie, idealistic thing for awhile, he finally allowed his father in law to get him a job in labor negotiations where he could still fuel his power to the people energies by fighting on the common man’s behalf. When Robert becomes too good at his job and is recruited by the County Executive’s office to conspire in some dirty negotiations that would allow for a run at Governor, the perfect life begins to crumble. And to make matters much, much worse, Robert learns his five—year—old daughter has been molested by the local 12—year—old neighbor, and the crumbling becomes a full-scale slide. While his wife becomes obsessed with grief counselors, rape specialists, being saved by Jesus, and putting the twelve year old behind bars, Robert finds himself losing touch with his family and losing his grip on reality. When he learns of a secret, dirty fund the labor office has been skimming off the public, he takes the money and runs. And so begins Robert’s life as a dead man. Told from the end to the beginning, this Memento-style literary noir about one man’s undoing is a fresh new style of fiction. Safe in Heaven Dead is a stunning book by a new voice in contemporary literature.

“A superbly convincing first novel …. An expertly motivated debut that moves briskly and doesn’t lose sight of its affecting purpose.”

“This debut novel instantly seizes and holds the imagination…. Few Readers will remain unconvinced by the agonizing questions that drive this story, and the tragedy with which the book begins and ends.”

“Ligon is firmly in control, laying out the elements of the story like the pieces of a giant jigsaw puzzle.”