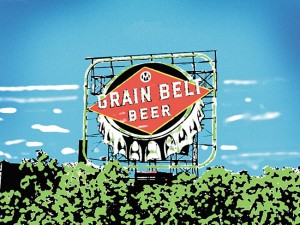 “The Big Friendly” in The Inlander
The soundtrack of the Midwest last summer was 1970s Album Oriented Rock, and not just some places, but everywhere we went: Fong’s Pizza and Tiki Bar in Des Moines, Iowa, Zup’s Market in Ely, Minnesota, the YMCA in Omaha, Nebraska, a hotel lobby in Minot, North Dakota. In coffee shops, bars, bookstores and bakeries, if it wasn’t Billy Joel’s good dying young, it was Grand Funk’s American band; if it wasn’t Bob Seger’s black-haired beauty, it was Led Zeppelin’s woman who would not be true; if it wasn’t Elton John’s tiny dancer, it was Neil Young’s cowgirl in the sand. It was all dudes all the time, Seals and Crofts and Hall and Oates and Steely Dan warning Rikki not to lose that number, drinking scotch whiskey all night long and dying behind the wheel.

Read more in The Inlander