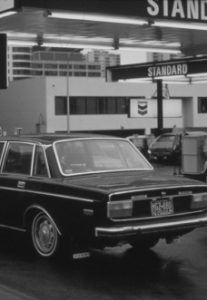 “Exxon, My Love” a story in Apt
Exxon Candace Mobil loved animals more than anything—pelicans, puffins, and arctic terns, otters peek-a-booing with paws over their faces like tiny hands, and killer whales smarter maybe than people. She would never hurt an animal, even if her mother had spilled ten million gallons of North Slope crude into Prince William Sound, killing thousands of mammals and seabirds, billions of fish and fish eggs, an accident, a tragedy, not her mother’s fault, though plenty of people blamed her and her mother both—as though she were her mother—while shareholders cared only about returns. But Exxon couldn’t care about returns. Not now. Maybe never again. DuPont had texted, claiming to be stuck in Delaware, unable to get down to Texas ever, unless some huge restructuring occurred, which seemed entirely unlikely. She simply could not stop crying