This Bed You’ve Made 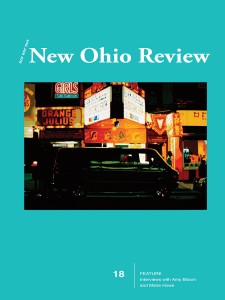 “This Bed You’ve Made” in The New Ohio Review
We killed Kitty’s husband with a harpoon her grandfather had given her, but it could have been a skillet or the steel ashtray from her kitchen table. The band would sit around that table at night, smoking and drinking and filling the house with music, and as it got late, Billy Wayne would make Kitty feel bad about who she was and what was best in her, calling her ignorant hillbilly trash and blaming her for everything that was small in him. He married her when she was fifteen, two months after he discovered her in Spokane, though she didn’t need to be discovered. She only needed to sing the sweet, sad songs we wrote, and America’s heart would melt.