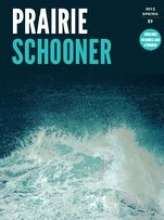 “Pie and Whiskey,” a story in Prairie Schooner.

I love Connie to death, really I do, but sometimes she takes things too far. Other times she won’t take things far enough, depending on the thing at hand, but mostly it’s too far she takes everything else. Her cold remedy includes a pound and a half of raw beef tenderloin, eight to twelve shots of bourbon, two Valiums, a pack of menthol cigarettes, three bottles of Robitussin, and a pound cake. “What about pie,” I asked her around two this morning. “As a replacement for the cake. Wouldn’t homemade pie be better than store-bought pound cake?”