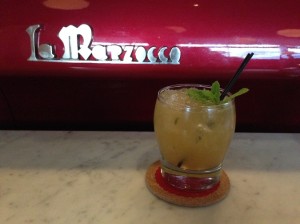 My twin Kendra and I were blessed and cursed with an enchanted childhood, filled with song and dance and magic and merriment and whimsy and wonder, our extended innocence arising from the comfort and warmth our mother provided, our mother keeping us close to her longer than most mothers might, foreswearing any tearing of the intimacy between us, and endowed with such unusual physical attributes as would extend our childhood fantasy world nearly into adulthood. It wasn’t just our proximity to Mother’s bosom that engendered our feelings of warmth and security, Kendra and I nestled against her like so many head of pork, and never once sick until we were weaned. Nor was it the songs Mother sang while we fed, music woven into our souls and psyches, “The Water is Wide” when we were babes, and then “Danny Boy” and “Mountain Dew” as we grew older, leading later to “The Piano Has Been Drinking” and, of course, “Streams of Whiskey,” the chorus of which Kendra, Mother, and I sang in harmony—“I am going, I am going, where streams of whiskey are flowing,” though Kendra and I were already in that wonderland where streams of whiskey were flowing, due to Mother’s unusual physiology, a gift we failed to cherish until it was taken from us, our unrecognized blessing, Mother’s breasts flowing with streams of whiskey, or one of Mother’s breasts flowing with streams of whiskey—her other flowed with melted butter, not drawn or clarified of the type you’d dip lobster tails into, though we did dip lobster tails into great steaming bowls of the stuff, but more the kind you’d bake into brownies or seven layer bars or lemony cream butter cake, and certainly a perfect chaser to the whiskey we drank from Mother’s other side, scotch some days and bourbon others, rye less often and sometimes Irish, which was everyone’s favorite.

This site uses Akismet to reduce spam. Learn how your comment data is processed.